On 3rd January 2023 special guests from Czech Republic, headed by the President of Czech National Bank Aleš Michl, arrived to the Museum of Papermaking. The delegation also included the Chief of Protocol in the Office of the President of Czech Republic dr. Vladimír Kruliš, the mayor of Nachod Jan Birke and the press officer of Nachod Nina Adlof. They were accompanied by the mayor of Duszniki Zdrój Piotr Lewandowski and the president of the Glacensis Euroregion Czesław Kręcichwost.

The visit paid by the high rank representatives of the Czech state administration was inspired by the exhibition „Neighbors. Banknotes of the Czech-Polish Borderland” in the Museum of Papermaking, which presents among others Czechoslovakian and Czech banknotes. In addition, the quests emphasized their will to forge good-neighbourly relationships between Poland and Czech Republic, particularly in the context of the transborder cooperation developed by the local authorities of Nachod, Kudowa Zdrój, Duszniki Zdrój and the Glacensis Euroregion.

The guests were greeted by the director of the Museum Maciej Szymczyk, who presented the objectives of the exhibition: to encourage Czechs to visit the Museum in Duszniki, as well as to disseminate knowledge on the culture and history of Czech Republic in Poland and the other way round. Thereafter, the honorable guests were guided through the exhibition by its curators Karolina Dyjas and Marcin Wyszyński, who drew attention to the similarities and differences between the Czechoslovakian and Czech „bankovky” used since 1993 and  the banknotes being in circulation during the same periods in Poland.

Another attraction prepared by the team of the Museum consisted in the presentation of hand papermaking and impressing of guests’ hands on the sheets of handmade paper. Actually, the guests impressed their hands twice, Each guest receives ond handprint, while the other one enriched the Museum’s collection.

At the end of the visit, director Szymczyk informed the guests on the international project implemented by Poland and supervised by the Museum of Papermaking, which objective is the inscription of the paper mills from the pre-industrial era on the UNESCO World Heritage List. The group of 6 paper mills from different countries includes the properties from Poland (Duszniki-Zdrój) and Czech Republic (Velkié Losiny). The other properties taking part in the project, are located in Germany, Spain and Italy.

The guests gave a positive assessment of both the Museum of Papermaking and its projects. Moreover, they expressed their surprise at the high level of the exhibition „Neighbors. Banknotes of the Czech-Polish Borderland”. Thus, an idea occured to present it in Nachod. The guests were also enthousiastic about the UNESCO project.

Dr eng. Aleš Michl is the leading Czech economist who advocates the strenghtening of the Czech currency. He is the President of the Czech National Bank since 2022. 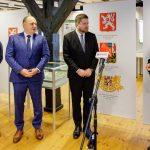 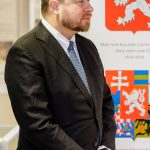 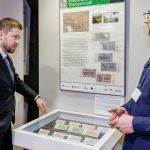 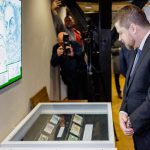 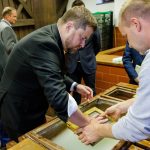 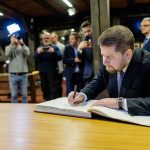 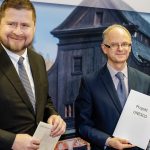 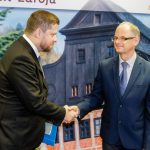 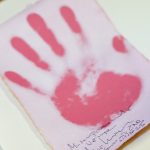