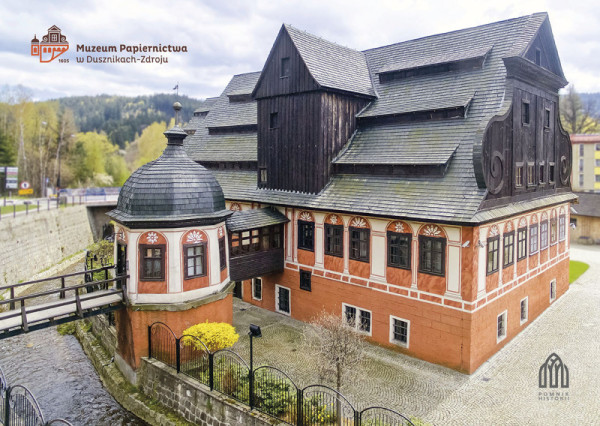 Paper mill in Velke Losiny was established in the years 1591-1596. At the turn of the 18th and 19thcentury, it acquired its current shape. In the 19th century, apart from big competition of modern paper factories, the facility in Losiny continued its activity according to the former technique. It resulted from the fact that handmade paper was applied for the manufacturing of filters for different branches of the industry.

In the museum section, information concerning the history of papermaking as well as manufacturing traditions in Velkie Losiny is displayed. Museum tour also includes a visit in the room where paper is drawn manually. Paper mill in Velke Losiny is one of the biggest manufacturers of handmade paper in Europe.

The paper mill in Homburg in Germany dates back to the year 1807. It is located by the Main River (Bavaria State). It was relocated there from Windheim beam after beam. The mill in Windheim dated back to the 17thcentury. In the 19th century, a small machine for the manufacturing of cardboard was installed in the mill.

In 1997, after performing extensive renovation works, the Museum of Paper was inaugurated, together with the manufacturing facility. The facility is run by Johannes Follmer, the descendant of former papermakers, and the activity of the museum is financed by the Main-Spessart County.