Beyond seventh mountain and seventh river… or about the journey of the Japanese papermaking workshop to the museum.

The Museum’s collection has been lately enriched by the genuine papermaking workshop from the Japanese city of Echizen, where the papermaking traditions are 1300 old. It includes papermaking tools, the figurine of Kawakami Gozen – the goddess of paper and a vast collection of washi sheets. All of them were donated by the Yamaguchi family, as well as the other papermakers working in that region. Thanks to these Japanese donors, the Museum currently prides itself with one of the most interesting collections concerning the Japanese papermaking on our continent. Other important collections of the Japanese washi sheets can be found in two other European museums: the Victoria and Albert Museum in London and the Museum Volkenkunde in Leiden.  However, it is only in Duszniki that apart from the sheets of paper, the visitors can also admire the tools used for their production. In fact, this precious gift contributed to the status of the paper mill of Duszniki. From now onwards, it is not only the focal point for the cultivation of the European papermaking traditions but also the undisputed centre collecting both the artefacts and knowledge about papermaking on a worldwide scale.

The Japanese collection will be exhibited in the Papermaking Museum from July 8 to October 2, 2022.

Although some of the tools, belonging to the collection, date back to the first half of the 20th century, the majority of them come from the end of the 19th century. Among them, we will find i.e. a board for mixing the paper pulp and another for spreading paper sheets, a large papermaking vat, a set of screens used to create big formats of paper and a set of boards used for drying and smoothing ready paper sheets.  It is hard to say for sure, when exactly the workshop of the Yamaguchi family was created. Still, it is undoubtedly over 120 years old and as such, witnesses the traditional Japanese craft of handmade papermaking. Interestingly, Mr Kazuo Yamaguchi has been making paper for about 75 years and according to the family archives, he represents at least the third generation of the papermaking masters.

The papermaking workshops of Echizen in general still remain the source of the high quality paper products, appreciated among others on the imperial court. Moreover, the art of washi papermaking had greatly contributed to the development of the Japanese cilvilization, which was confirmed in 2014 by the act of its inscription on the UNESCO World Heritage List. The washi sheets are made of the Japanese shrubs gampi, mulberry or mitsumata and in spite of being very thin, they demonstrate much better durability than the sheets made of the cellulose, popular on the West. Moreover, due to the use of the large format screens, the washi paper may have the format much exceeding those characteristic of the sheets produced in the European paper mills. Therefore, they are used not only for writing purposes, but also in the production of garments, decorations and household equipment, as well as for conservation of cultural property and the works of art.

Finally, it is also worth adding, that the washi paper has been fascinating the Europeans for centuries. It is thanks to the exhibition in the Papermaking Museum, that now there will be no need to go as far as to Japan, in order to admire the genuine washi papermaking workshop and the paper sheets created by the masters from Echizen. Fortunately, this will be possible in Duszniki.

The exhibition was prepared in cooperation with Joanna Kokoć, who initiated the journey of the workshop to Poland, and Wojciech Luchowski. The honorary patron of the exhibition is the Embassy of Japan in Poland.

We invite you to watch a short film about the Japanese workshop and the creation of traditional washi paper – Life with Japanese paper, thanks to a paper goddess 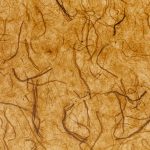 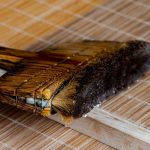 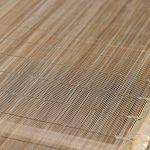 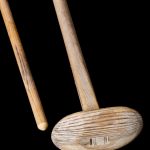 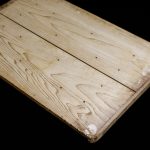 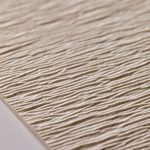 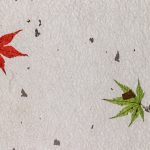 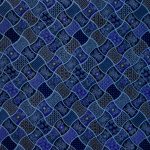