Karl II Wiehr was the last owner of the paper mill in Duszniki. In April 1939, he sold the decommissioned paper mill to the city of Duszniki in the hope that the municipal authorities would establish a museum in it. However, he did not live to see the opening of the museum, as he died in 1941. The Polish authorities only commissioned the museum in 1968.

Karl Wiehr and his wife Hedwig had a son Alex and daughter Maria. Maria married Rudolf Herrmann and settled in Wrocław. At the end of the war in 1944, she and her children lived in the paper mill in Duszniki, which was safer than Wrocław. After being displaced in 1945, they settled in Bavaria. Their youngest son is Willibald, who based on his mother’s memories, wrote the book Spurensuche. Mia Erzählt, in which he presented descriptions of the paper mill from the times of her childhood and youth.

On 1 September, Willibald Herrmann, accompanied by his wife Ursula and his children and grandchildren, visited the Museum of Papermaking. The family visited the expositions and took part in the papermaking workshops, and the event was perpetuated by impressing their hands on a sheet of handmade paper The grandson of Karl Wiehr expressed his appreciation to the museum for such remarkable care for the historical paper mill.

Currently, the Duszniki paper mill is one of 105 Historical Monuments – objects of major significance for Polish culture. In 2019, the mill was nominated by the Ministry of Culture of the Republic of Poland for inclusion to the UNESCO World Heritage List. For the descendants of the last paper maker from Duszniki, it is a reason to be proud. 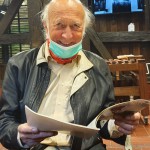 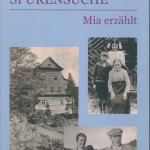